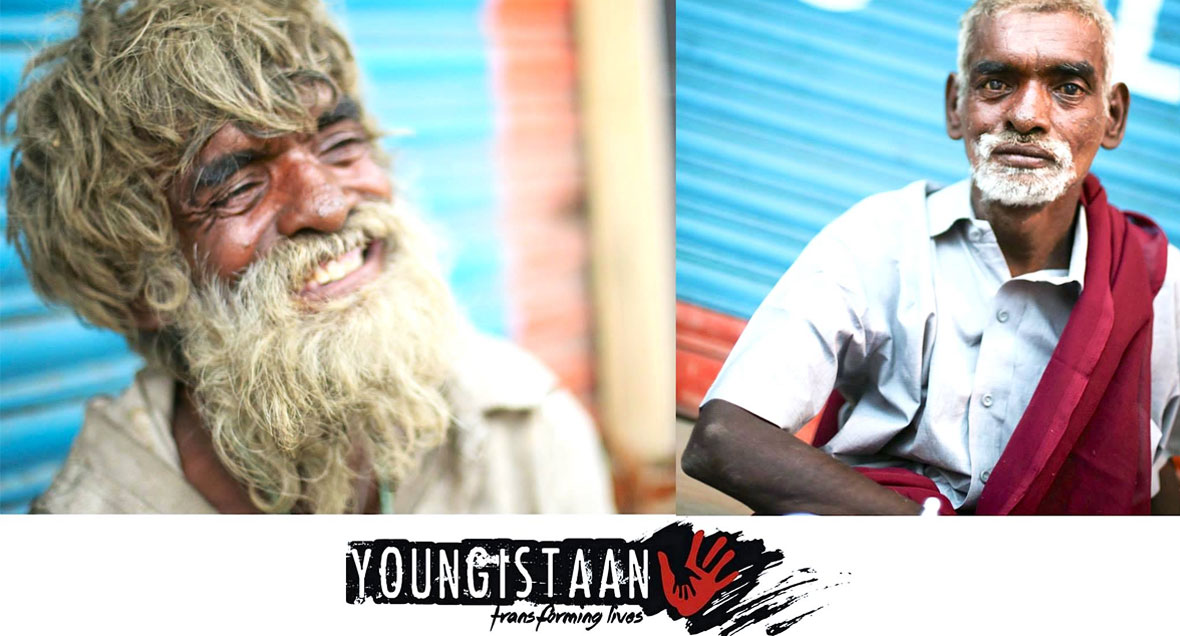 If you assume they are fans of a contemporary Hollywood movie-franchise, you are mistaken. Hyderabad-based ‘Transformers’ are members of the NGO, Youngistaan Foundation — a group of 300 youth volunteers making a difference by helping the needy in the streets of the historic city.

Started in 2012 by a group of four friends led by Arun Daniel Yellamaty — a former journalist with Deccan Chronicle — Youngistaan was born out of a moment of epiphany. For Yellamatty, all he had read about human kindness and compassion since his childhood made little sense when he saw the squalor and suffering of those condemned to live a life on the streets.

Once, a few foreigner friends of his visited him in Hyderabad and Yellamatty realized the true lack of compassion in the society when he saw the foreigners instinctively buy food for the destitute on the street. He saw a local society unmoved by their plight, having hardened itself so much as to forget the beauty of empathy and benevolence. As a result, Yellamatty, along with the members of the music band he had formed earlier as a student, began spreading the message of community service to audiences during concerts.

For a start, Yellamatty and his friends started feeding the poor on the weekends. They would pool in money from their income every week and buy food packets from a restaurant — the outlet owner kind enough to extend a 50% discount on the prices as a contribution to the cause. Thus the word spread about their humanitarian work and people started volunteering to help Youngistaan in its many initiatives, including cooking the food to cut down on the costs and feed the increasing number of the destitute.

The Foundation’s weekend activity is four-pronged:

Working in association with six orphanages in the city, the Youngistaan youth volunteers teach underprivileged children, from class one to plus two levels. Apart from normal study related to school syllabus, they also teach creative arts like music, art, dance and similar activity.

The Youngistaan volunteers assemble in Abid’s Chirag Ali Lane to cook and pack food (for 1000 people approximately, ranging from jeera rice or pulao or vegetable rice) to be distributed to the destitute and the abandoned. The cooking starts at 3 and concludes by 7 pm, when the next batch of volunteers picks up the food and travels to various parts of the city, including Secunderabad, for distribution.

Concentrating around the Nampally Station in Kacheguda, this project was started in July 2014. Volunteers scout the streets for the destitute who have no access to basic hygiene facilities and give them a makeover, and hence the name Transformers. Having transformed roughly 50 people in the space of a month, the destitute are given medical attention and showers/shaves, cleanup, donated clothes and counseling for emotional disorders and on finding employment.

The latest initiative by Youngistaan, the core activity concentrates on bringing together women from various walks of life, including experts and women entrepreneurs to arrive at solutions for the contemporary daily problems faced by women.

Currently, Youngistaan’s activities are completely self-funded by Yellamatty and his volunteer friends.Every six months, they intend to increase the number of homeless and poor people fed on Sundays. These youngsters are setting a trend for the rest of the society to emulate, a trend that utilizes the weekend to transform the lives of the destitute and children on the streets.