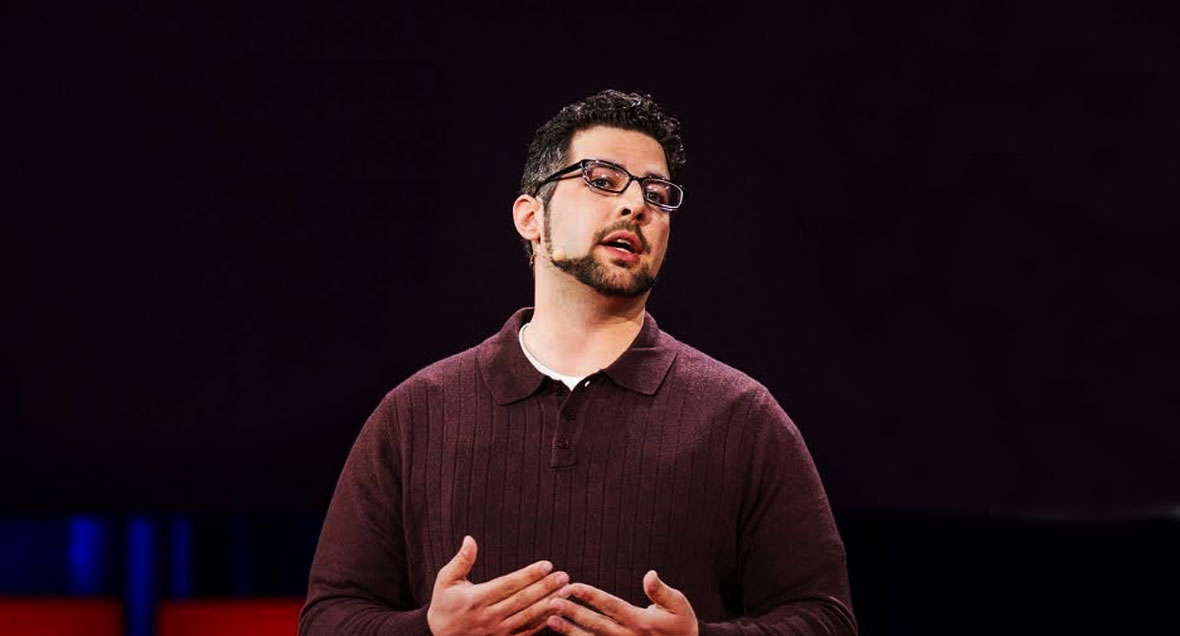 Zak Ebrahim’s father, El Sayed Nosair, was one of the masterminds behind the 1993 World Trade Centre bombing that killed six people — including a pregnant bystander — and injured thousands. Nosair (an Egyptian industrial engineer) and Osama Bin Laden, who founded Al Qaeda were students of Abdullah Yusuf Azzam — a Sunni extremist whose credo was ‘Jihad and the rifle alone: No negotiations, no conferences and no dialogues’.

Today, Zak Ebrahim, who was subjected to extremist indoctrination and automatic-weapons training at the age of 7 by his father, is a messiah of peace. He has spoken out against terrorism and his message of peace, non-violence and universal brotherhood is being heard through his recent book: The Terrorist’s Son – A Story of Choice.

Zak Ebrahim was only 7 when his father shot and killed the founder of the Jewish Defense League (considered a terrorist organization), Rabbi Meir Kahane. Nosair was eventually apprehended and jailed for life without parole for his crime. In jail, he helped mastermind the 1993 WTC bombing. The social shame of the father’s deed resulted in the family moving about 20 times, city to city, by the time he was 19. He kept his antecedents a secret while he tried to blend with the society — the death threats, media harassment, nomadic living and resultant poverty always a constant specter.

Finding his path to peace was a harrowing experience. Though, initially, he was apprehensive about the society’s attitude, he realized the truth once he started off in his first job at a theme park in Florida. He found first-hand humanity’s immense capability to love and care for its own; the visitors to the park, whether Christian, Black, Jew or Gay, all mingled in the joy that is intrinsic to such fun environments.

Zak Ebrahim dealt with the twin dilemma of missing his father in his growing up years and the shame of being complicit by blood in terrorism. As he grew older, he realized the true repercussions of his father’s abominable acts of violence and bigotry. The terrible legacy of bloodshed and fanaticism proved a hindrance to a normal life and his girlfriend, Sharon, encouraged him to share his story with the public.

His message, built upon years of suffering and social shame eventually struck a chord with audiences and helped negate the stigma and stereotyping faced by people of Middle East/Arab descent in the United States and elsewhere. Taking a cue from his own sufferings as a child, he points out the plight of children caught in the strife and intolerance of adults on a global basis. Children everywhere face the consequences of adult wrongdoing and war-mongering—social bullying, emotional withdrawal, suicidal tendencies and personal worthlessness being key concerns.

Zak Ebrahim has consistently spoken against the indoctrination of unsuspecting children by bigots in Gaza, Israel and similar regions. Bred on such destructive beliefs, children eventually cannot distinguish between fact and fiction and are prone to participation in terror cells and resultant dastardly acts against the civil society. Zak points out that he is taking every fundamentalist lie ever told and holding it up to the light. He adds that everyone has a choice and, even if one is taught to hate, they can choose tolerance and empathy over dogma and hatred.

His peacekeeping efforts have rallied around breaking down stereotypes and promoting conflict resolution in a non-violent manner; reinforcing that a person’s race, sexuality, or religious background has less to do with one’s character than the environment one lives in.

In his nine-minute talk on TED that drew in thousands, Zak Ebrahim talks about this choice to change one’s outlook completely. As a terrorist’s son, he was successfully able to skirt the path of violence and avoid walking in the footsteps of his father. He attributes this life-changing development to what his mother told him as a child: “Treat others as you would like to be treated.”

Zak Ebrahim: I am the son of a terrorist. Here’s how I chose peace