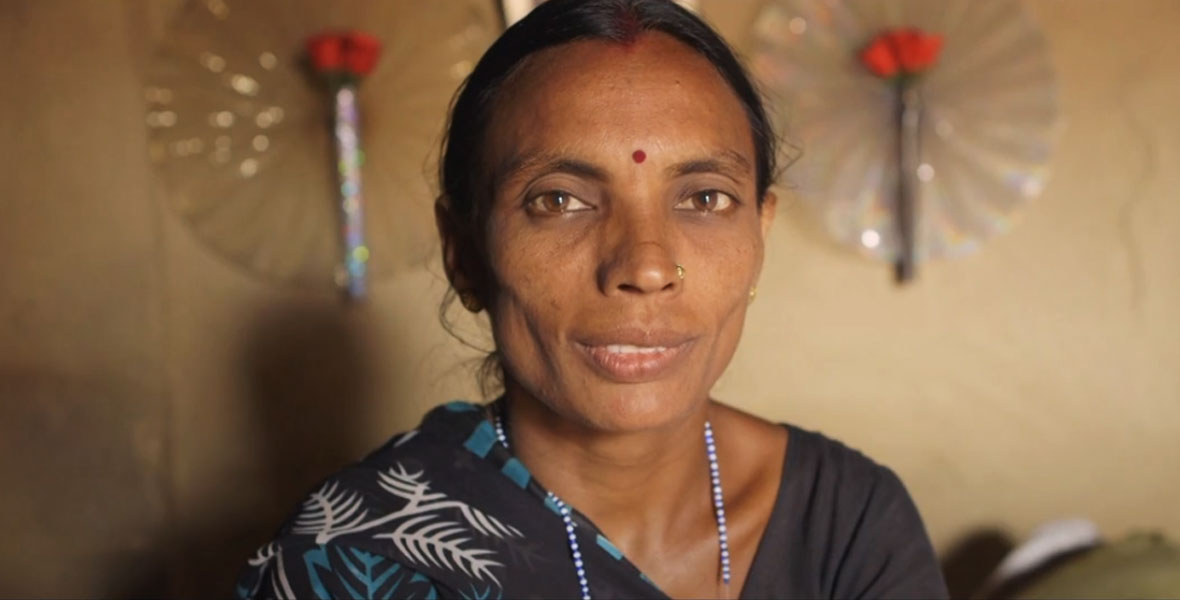 Clean India Mission (Swachh Bharat Abhiyan) is a national sanitation campaign by the Government of India, covering 4041 statutory towns, to clean the streets, roads and infrastructure of the country. The images of some politicians, celebrities and social workers sweeping in city localities are some that we recollect.

The government has started this initiative and given all the support necessary to implement it. But unless each and every individual, along with the family, community, city, state and institutions takes it up, Clean India Mission will remain only a dream.

The award-winning documentary featured here celebrates Radha Verma, a woman living in Rakhi Mandi, the slum beside the railway tracks in Kanpur. Like all slums by the railway tracks, the entire community of 3500 people defecates in the open. After Radha’s daughter was attacked while doing so, she determined to ensure her 14-year-old daughter’s safety by working with Shramik Bharti, an NGO and WaterAid’s local partner, to build one of the first toilets in her community.

Sangeeta and Chetna Tewari, project workers from Shramik Bharti, have helped unite the Rakhi Mandi community and are known as ‘the toilet ladies’ in the slum. Sangeeta found this to be her toughest project so far in her three-year stint working with slums in Kanpur. Open drains ran through the slum while the water hand pumps were mostly contaminated. For the first five months, they visited the community almost everyday, only to return disappointed. For Shramik Bharti the greatest challenge has not been building toilets, but changing people’s attitudes towards health and hygiene, and dealing with concerns about ownership. Since they live on railway land, they are afraid to invest in facilities since the Indian Railways can tear down their homes any time.

First, Sangeeta talked to people about their personal problems, their health, their kids, and built up a bond. Once they had built up this trust, Shramik Bharti encouraged families to build soak pits that enabled household wastewater to drain away and prevent waterlogging. Slowly, the attitudes changed and a shopkeeper built the first toilet in Rakhi Mandi when Sangeeta pointed out to him that while he made his son’s newly wed bride wear a veil, she had no choice but to defecate in the open in an undignified way! That made him think and act, soon afterwards.

Many in the slum have since then emulated Radha by building toilets for their family. By May 2015, almost half of the community had access to a toilet. Around 100 households had built their own toilets, and Shramik Bharti has restored a community-managed toilet block, which can be used by about 500 people. Meanwhile, Radha and others have moved up on the ‘sanitation ladder’–building brick walls for their toilets.

Just like the community of Rakhi Mandi, 600 million people in India do not have access to safe and hygienic toilets. This puts the safety of women and girls at a greater risk. Incidents of rape are reported every day, of which 60–65% take place when women went to attend nature’s call in the open. As the Clean India campaign gets underway, with its goal of a toilet for every household by 2019, this country will need a lot of Radhas to step forward and work with organizations like Shramik Bharti to bring about a lasting and impactful change.