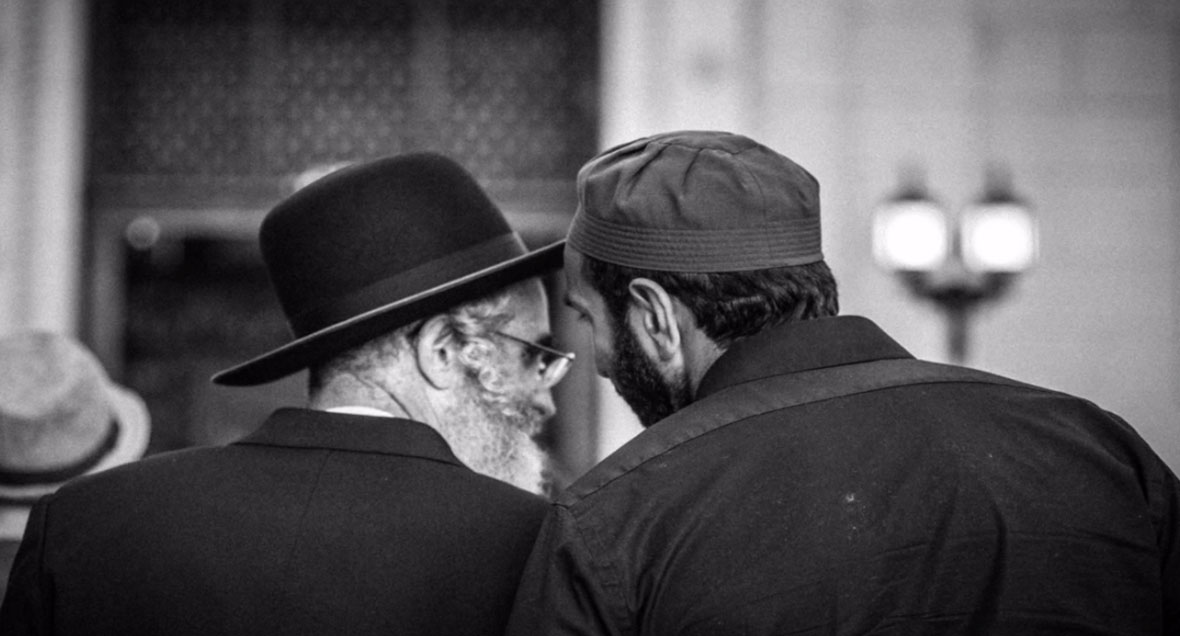 On 3rd May 2015, a group of Jews & Muslims assembled at the Santa Monica Beach in Los Angeles and performed their prayers together publicly.The twenty participants were guided to five different public spaces across Los Angeles through the day, including the city hall, where they performed their joint prayers. At the city hall, the group was joined by about sixty to seventy others. The day ended with a rooftop Isha’a, the Muslim midnight prayer while the Jewish participants recited Piyyutim, liturgical poetry.

The joint-prayer is part of a project ‘Two Faiths One Prayer’, initiated by fellows of the New Ground: A Muslim-Jewish Partnership for Change. It is a partnership that involves retreats for participants belonging to both religions wherein subjects deal with conflict-resolution, leadership training and interfaith learning program.

During the first retreat, about an year ago, the first joint prayer happened just like that. Both groups were looking for a space for their prayers and finally, everyone came to a foregone conclusion of why not do it in the same room. They were initially concerned by how it would meld: the prayers are in Hebrew and Arabic, two different languages that might cause dissonance during the session. They wondered how they would focus.

However, this was not to be. It was all as harmonious as possible—both groups could hear the other group praying yet somehow as times passed it all merged into a powerful emotion that overtook the individuals, taking them to a place much within themselves. The power of prayer shone through, uniting supposedly different faiths into one song of human oneness.

They prayed together regularly, and soon, they began to pray side by side. Not only was this engaging, they realized how God is great as his magnificence was realized through the words of the other’s prayer. Not only did it strengthen their own faith, they came to appreciate the nuances and rituals of the other too. Over the next one year, the fellows learnt in depth about each other’s religious and cultural traditions. They also realized the commonalities inherent between their faiths that also extended to family structure and relationships between children and parents.

It is then the fellows decided to pray together publicly in Los Angeles this year. They made some modifications to the existing prayer customs and managed to accomplish the objective. The public was invited to the event and many attended.

Two fellows — one Jewish and one Muslim — composed a joint prayer for the event: “Blessed are You Adonai who creates the possibility of the sacred. Ya Allah, let our hearts recognize the sacred in one another. Let us know one another and through one another know You. Grant us courage to walk this righteous path, praying side-by-side and yearning together for peace. Peace within ourselves, peace within our own peoples, and peace with one another. Amin. Amen.”

The participants were quite moved since it was a very powerful experience borne out of the unitary understanding and harmony. It is a beginning nevertheless for people to take inspiration from this act of togetherness and start praying with each other to the same, one God who sees each individual as worthy of respect and dignity.

We may differ in many ways, but all of us believe in the love and devotion to God. If we can sit together and pray together, we can do so many other things together.