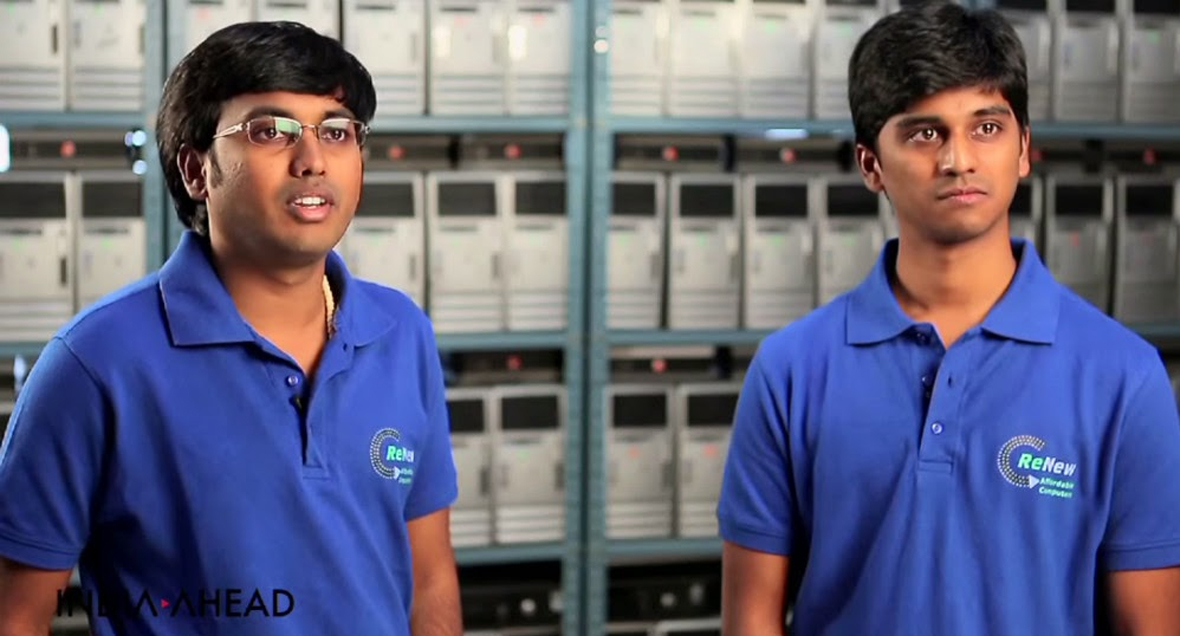 Today’s entry segment computers are high-powered, largely inconsistent with the actual needs of a normal consumer, which may be limited to just Internet usage, email and administrative work. Buying a new computer is fraught with hype largely created by the IT hardware industry itself.

ReNew IT’s refurbished computers are 1/10th the price of a new computer with a one year service and parts warranty. For a country like India, these low-priced computers are a boon—lowering entry barriers into the information age for small businesses, individuals and students. Now all of them can have a computer or laptop of their own.

Founded by Mukund BS, an engineering graduate and IIM alumnus, and his cousin, Raghav, in 2009, ReNewIT’s goal reads thus: “making computers affordable to everyone”. This is clearly a business with an underlying social responsibility acting as its core-enabler. And it is indeed successful in bridging the access gap between a mammoth population and technology.

Based in Bangalore, ReNew IT bridges a huge gap—the computer to household ratio in India is 1:10 according to the 2011 census. Research shows that 67% of the SMEs in India purchase a PC for ERP (book keeping and stock keeping). ReNew supplies refurbished PCs to many small offices who mainly use the computers for Tally, and Government / statutory filing which has moved online. The refurbished computers start at a nominal Rs.4500, which makes it accessible to a larger population, building the nation’s potential to cement its status as a software giant.

India, to be digitally inclusive, has a requirement for 600 million computers in working condition and an affordable price. ReNew IT sources its computers from large corporation, both national and international. These companies upgrade their systems every 3-5 years to meet latest technological requirements and thus older models become quickly redundant.

ReNew IT, with a team of 8, has so far sold 10.000 refurbished, affordable computers. Experts from ReNew IT work on an old computer to fix all relevant glitches. So, the re-manufactured computers that are up for sale turn out to be perfect in both features and price.ReNew IT is TÜV Nord certified and the certification includes ISO 9001, ISO 14001 and OHSAS 18001 for its refurbishment process.

For NGO’s and schools, ReNew IT has a special pricing with an added offer of 1 computer free for every 20 computers ordered. Microsoft India supports this program by providing original software licenses at one-tenth of their actual cost along with the refurbished computers.

ReNew IT’s business with a social conscience is fast changing India’s perception of enabling an IT revolution and encouraging sustainable living. These refurbished computers are also helping to address the electronic waste epidemic that threatens the global environment.Education and youth development are key areas that are benefited. One less computer discarded is one computer gained for India’s progress in the digital age.