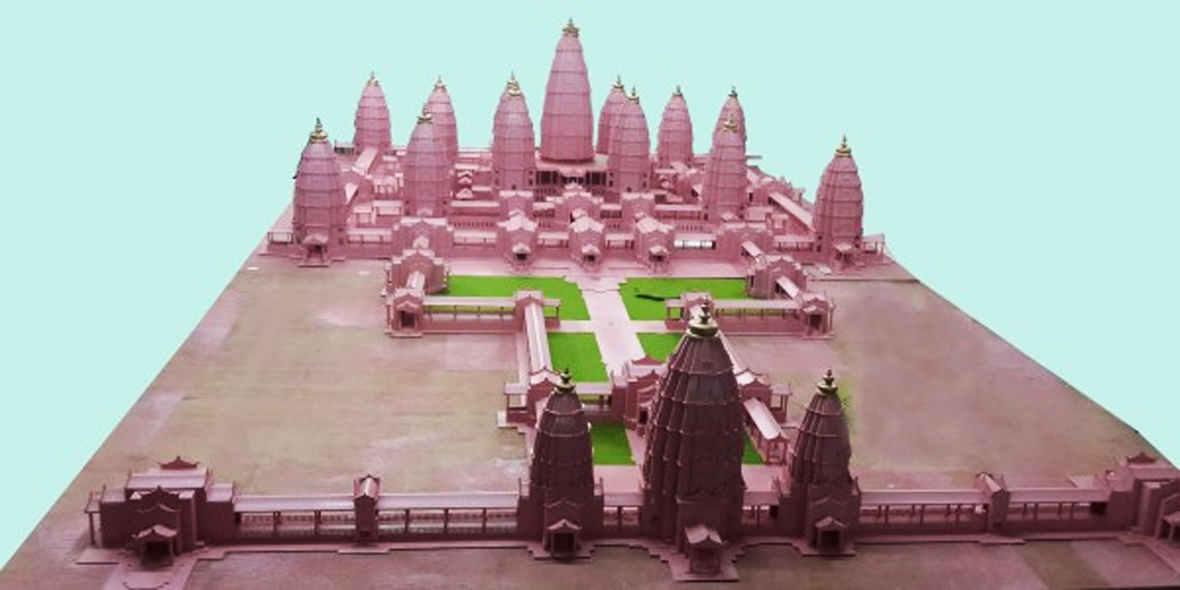 It is not everyday you hear about people of one faith donating land to build a place of worship for people of another faith. Bihar is setting such an example of communal amity, where Muslims have donated land to build the world’s largest Hindu temple!

The construction of the temple will commence in June 2015 at Janki Nagar, near Kesaria in East Champaran district and it will cost over Rs.500 crore. “Without help of Muslims, it would have been difficult to realise this dream project,” says Acharya Kishore Kunal, Secretary of the Patna-based Mahavir Mandir Trust that is undertaking this ambitious project. Acharya Kunal, a former IPS officer, added that Muslims from the state came forward to ensure that the Temple comes up soon.

When the project was initially mooted, more than three dozen Muslim families had their land within the proposed location of the temple. Other Muslim families also possessed land along the main road that connects to the project site. “Some Muslims donated land and others helped and supported us to purchase their land for the temple. If Muslims had not come forward, the temple project was sure to have got delayed.” he added.The Mahavir Mandir Trust thus acquired 200 acres of land.

Acharya Kunal added that Muslims should be lauded for their readiness to donate land for a pious cause. This is not the first instance of Muslims helping Hindus to build temples in Bihar. Earlier, Muslims had helped build a Hindu temple dedicated to Goddess Durga in Gaya district, while other temples were dedicated to God Shiva in Begusarai district and in Sitamarhi district.

The proposed temple will be 2,500 feet long, 1,296 feet wide and 379 feet high. Gurgaon-based Radheyshyam Sharma, Director of Indgenious Studio Pvt Ltd, will design the temple’s architecture. He said the temple will be taller than the world famous 12th century Angkor Wat temple complex in Cambodia, which is 215 feet high. The complex will comprise 18 temples with high spires and its Shiv temple would have the largest Shivling in the world, another distinction. He said the temple would have a seating capacity of 20,000 people in the hall facing the main temple featuring the idols of Ram, Sita, Luv and Kush. According to him, no temple in the world has such a huge seating capacity.

In times like these, when the world seems intent upon divisive tendencies over petty differences in the name of religion, it is heartening to see ordinary Indian citizens of different faiths from small towns/rural areas come together for objectives greater than themselves for the unity of India and a harmonious social co-existence.

Bihar is setting an example to emulate for the rest of the country. It is indeed time for people to realise the oneness of humanity and build a pervasive attitude that celebrates unity in diversity.

Human Oneness lies at the heart of all holy scriptures and if this is realised and understood by the citizens, the day is not far when India will be a strong nation just like it was in times immemorial.