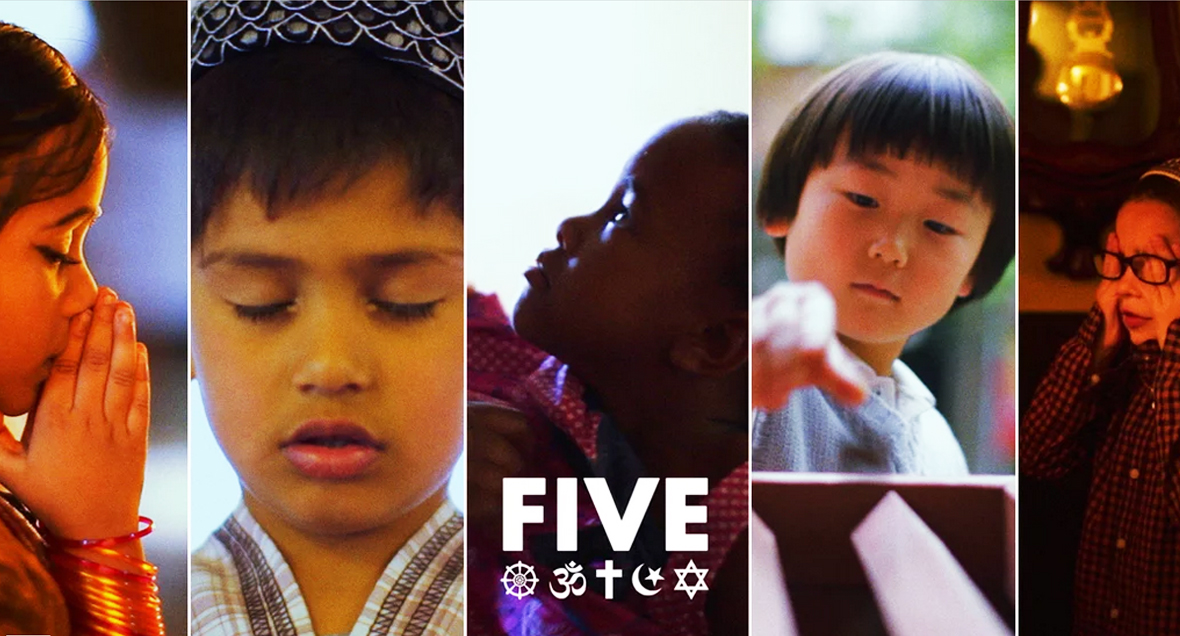 When we close our eyes and pray to that all-pervading divinity, which we know by various names, does the outer-manifestations of form, definition, language, prayer, and ritual really matter? When we have closed our eyes, a uniformity takes over—a silent obscurity where we begin our inner search, a search for light and hope. We realise this much as we go along this path of faith: we have been shaped by circumstances of birth, parenting, culture, language, country, religion, race, gender, age and various other factors to give our self and the divine a particular definition that stands out to distinguish us from others.

When we close our eyes and meditate upon the divine, can that feeling be classified by definitions of any kind? Is it not the same in all people? Yes, perhaps the intensity of that feeling may vary, so also the intent and direction but the feeling, that which makes us close our eyes, fold our palms together in prayer, kneel or bow down to give oneself unto the embrace of the divine, isn’t that essentially the same?

This feeling that manifests in us all, without differentiation, is the presence of God. It is only the different names we have given to this singular, encompassing presence that makes us think you and me are different. If we were to look closely at the religious intent and actions related to prayer, we would see the undeniable reality of resemblance that explains the commonality that each devotee experiences while in the act of prayer.

The short film FIVE by Katina Mercadente illustrates this commonality, the thread that runs through the differently coloured beads strung together. Five children from five religions (Muslim, Jewish, Hindu, Buddhist and Christian), filmed in their milieu—dressing up in the morning and heading out to their houses of worship. The music and imagery varies as they move towards their house of worship. Yet, look closely at their act of prayer: when they close their eyes, their innocent faces and the silence that overcomes them is the same. Differences remain outside, while the spirit of oneness that unites the sea of humanity begins to manifest within.

This short film sums up the essence of a universal truth quite beautifully — Ekam Sat Vipra Bahudha Vadanti meaning ‘The truth is one, the wise call it by different names’. Watch it — for it is food for thought, a subject for silent reflection.

[FIVE is a joint production by teams in India, South Africa, US and Japan – is directed by Katina Mercadente, while the cinematographer is Daniel Mercadente.]

The Experience of Oneness in Prayer : Five by Katina Mercadente