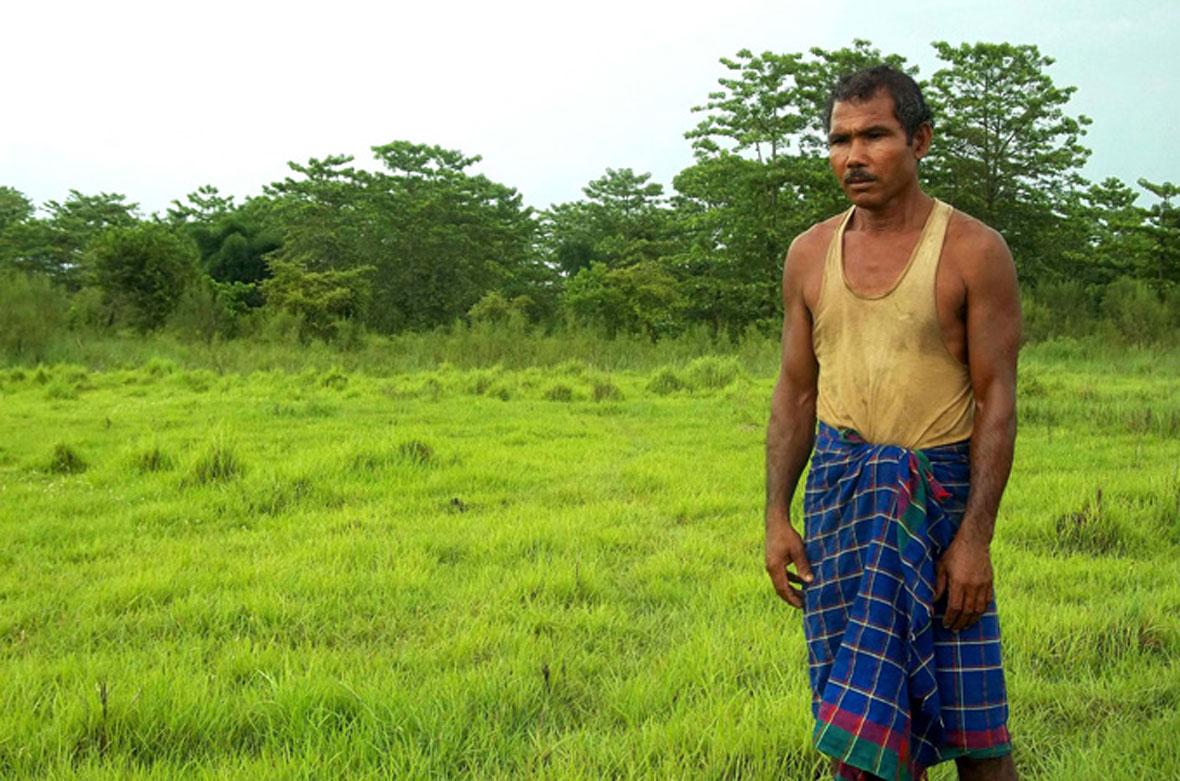 Jadav “Molai” Payeng is probably the only commoner after whom a forest is named. In the space of 30 years, Payeng, a Mishing tribal, has single-handedly planted a 1,360-acre forest along a barren sandbar in the midst of the Brahmaputra River in Jorhat, Assam. The forest is today named the Molai Kathoni Bari (Molai’s woods) in his honour and is home to many species including the Royal Bengal Tiger, One-horned Rhinoceros and a herd of 100 elephants.

In 1979, when Payeng was 16, unprecedented floods in Assam forced thousands of reptiles, including snakes, to the world’s largest barren sandbar—also known as the Majuli island. Under the merciless sun, the cold-blooded reptiles soon died from exhaustion. Moved by their plight, Payeng wondered if adequate tree cover over the island could have saved them from their deaths.

Payeng started working on the sandbar, planting seeds and saplings. At the time, the social forestry division in the district had started an afforestation drive on 200 hectares in Majuli. Payeng was one of the labourers working on the project. The project was completed after 5 years but Payeng chose to stay on, after everyone had left, continuing to plant trees over the area, seeking to transform it into a complete forest.

Payeng even transported ants, termites, earthworms, insects and cow dung on his canoe to mulch the barren soil, making it fit for planting trees. Every day, he would work on the forest, having dedicated himself to its upkeep and growth. He started to live alone on the sandbar, spending his days seeking ways to help the saplings grow unhindered—tending, cleaning and watching the progress. In spite of the annual floods that would destroy a portion of the forest every year, he remained determined in his pursuit to keep the area flourishing by growing more trees.

Soon the shade-less sandbar was transformed into a self-functioning environment where flora and fauna could dwell. Today, besides bamboo, Molai’s woods have several thousand trees like including Arjun (Terminaliaarjuna), Ejar (Lagerstroemia speciosa), Goldmohur (Delonixregia), Koroi (Albiziaprocera), Moj (Archidendronbigeminum) and Himolu (Bombaxceiba). The herd of 100 elephants migrates to the area every year, staying on for almost six months and have given birth to 10 calves in recent times. Payeng’s forest stands tall, defying the annual cycle of floods and constant erosion caused by the mighty Brahmaputra.

Payeng continued his efforts to facilitate sustainable living through the years, totally unknown to the outside world, without subsidies or support. In 2008, the forest department officials, following the herd of elephants that migrate to this area, realized that the forest was a completely man-made phenomenon. In 2009, Jitu Kalita, a wildlife reporter and columnist from Jorhat, wrote about Payeng in his column. Payeng’s efforts caught the attention of the world, with newspapers, magazines and journals from across the globe rushing to interview him. Kalita went on to produce a film documentary on Payeng, ‘The Molai Forest’, in 2012.

In 2012, at The School of Environmental Sciences, Jawaharlal Nehru University, he shared his remarkable afforestation story with Magsaysay Award winner Rajendra Singh. It was here that the JNU vice-chancellor Sudhir Kumar Sopory honoured Payeng and named him the “Forest Man of India”. The Indian Institute of Forest Management also honoured him in 2013.Payeng’s efforts have been widely appreciated by the Assam government, academicians, and former president of India and eminent scientist, Dr APJ Abdul Kalam. Steps are on to declare the forest as a conservation reserve under provisions of the Wildlife (Protection) Act, 1972.

Payeng lives near his forest, in a small hut with his wife and two children. Their livelihood is their 50 cattle—as dairy farmers, they sell cow and buffalo milk to the villagers.Payeng’s conservation efforts are based on country wisdom that requires no statistics to understand the ill effects of deforestation. A true conservationist, he has shown what an ordinary person with good intentions and determination can do to transform a landscape through afforestation.