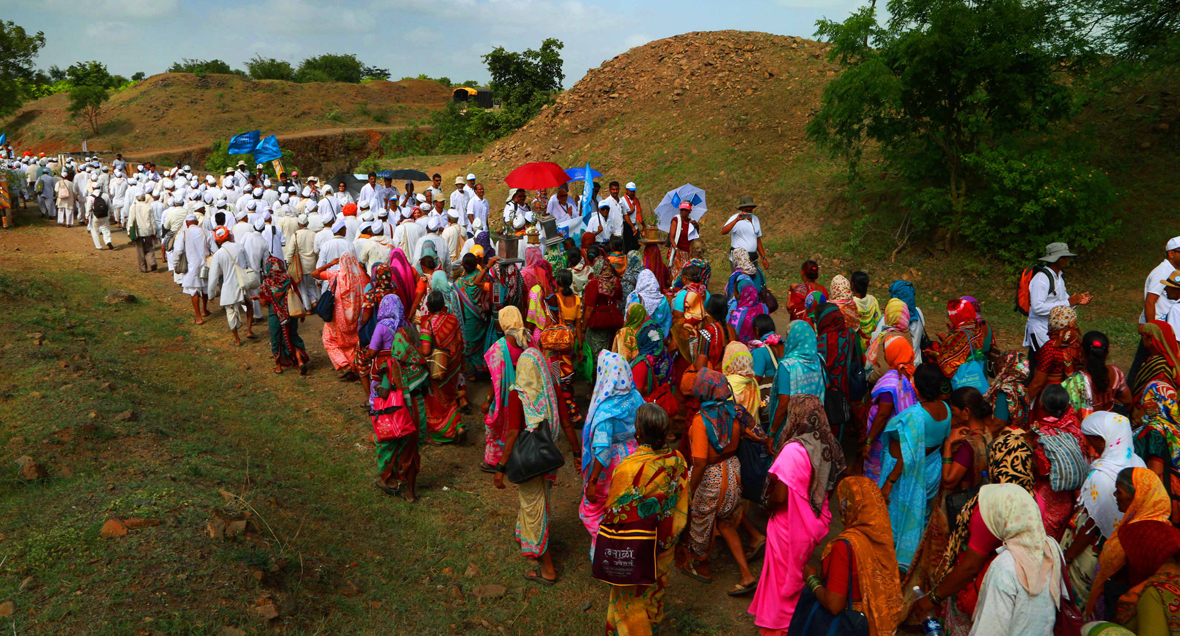 A special story of inter-faith harmony is emerging from the land of saints, Maharashtra. In Lonad, Maharashtra, this year, the local Muslims postponed the Eid celebrations to 19th July (from the original 18th) as the date clashed with the thousand-year-old Hindu tradition of Varkari. Lonad is situated in the Thane district of Maharashtra and it belongs to the Konkan region.

Varkari people undertake an annual pilgrimage (vari) to Pandharpur, gathering there on Ekadashi (the 11th day) of the Hindu lunar calendar month of Ashadha, which falls sometime between late June to July. Walk of Hope 2015-16, in its progress through Maharashtra, had comes across hordes of Varkaris on the road to Pandharpur. They were a spectacle for the eyes-long processions of hundreds of pilgrims carrying pictures of the poet-saints and singing their hymns as they go, keeping them alive in an oral tradition. The Varkaris had led the welcome proceedings for the Walk of Hope 2015-16, led by Sri M in many of the stops in Maharashtra.

Varkari is a Vaishnava religious movement and has been a centerpiece of Hindu culture in Maharashtra since the thirteenth-century CE, when it was framed as a panth within the Bhakti Movement. Varkaris (meaning “a pilgrim”) worship Vitthal (also known as Vithoba), the presiding deity of Pandharpur, regarded as a form of Krishna. They are lacto-vegetarians and follow a sattvic diet. Furthermore, like many other Vaishnava sects, they refrain from using onion and garlic in their cooking.

The Muslims decided to postpone the celebrations to Sunday as a goodwill gesture since animal slaughtering during Eid does not go down well with pilgrims & age-old Varkari traditions. The Hindu community was touched by the gesture of solidarity and sensitivity shown by the local Muslims and they responded by holding special programs.

In these times, when religions are a collection of labels and are most often utilized to highlight differences rather than an underlying unity, such a story is a return to the original message of unity and brotherhood that religions were originally founded upon. This is indeed a lesson for the rest of the country to emulate.