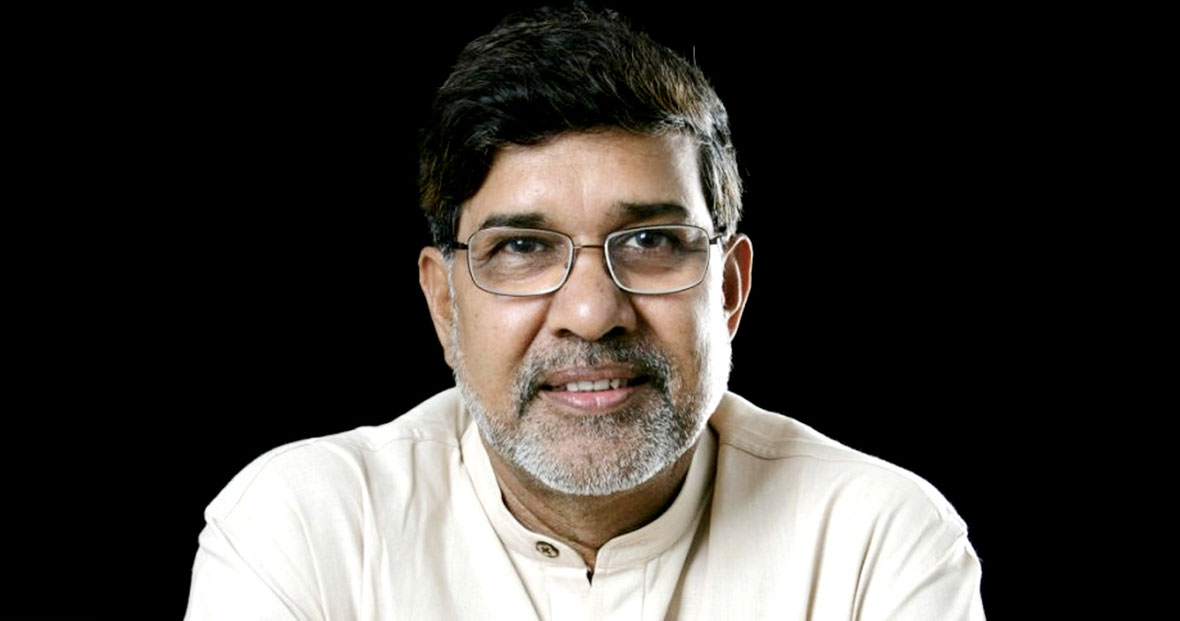 Indian child rights activist, Kailash Satyarthi, won the 2014 Nobel Peace Prize along with Malala Yousafzay of Pakistan for “their struggle against the suppression of children and young people and for the right of all children to education”.Satyarthi, born on 11 January 1954 in Vidisha, Madhya Pradesh, runs Bachpan Bachao Andolan(BBA)—an organization dedicated to children’s rights. BBA has freed 80,000 children from various forms of exploitation and helped in their rehabilitation and education.

A graduate in electrical engineering and a post-graduate diploma holder in high voltage engineering, Satyarthi was teaching at college in Bhopal when he decided to work for social change. BBA, formed in 1980, has so far rescued 80,000 child bonded labourers and has initiated an education and rehabilitation program for youth development.Its stated vision is “to create a child friendly society, where all children are free from exploitation and receive free and quality education.” BBA uses a three-pronged strategy—prevention, protection and rehabilitation to address child trafficking and child bonded labour.

Satyarthi has identified the commonality between the movement against child labour and the efforts towards education for all. In India, where child labour is prohibited under article 24, poverty, lack of good schools and growth of informal economy are considered as the important causes. 4.98 million children are engaged in one or the other form of child labour in India as per a 2009 nationwide survey. To understand the true magnitude of this problem, it is important not to lose sight of the fact that 217 million children are engaged in child labour on a global basis.

Studies have also found that very often, employers prefer to hire children from a particular family rather than the father or mother because children are paid less and are easier to exploit. Children are not prone to unionism and similar labour issues that plague adult workplaces.BBA is today the initiator of the South Asian Coalition on Child Servitude, a cohesive front representing 750 civil society organizations, spearheading the cause of children’s rights.

A staunch Gandhian, Satyarthi has drawn on peaceful demonstrations to campaign worldwide on social issues plaguing children. He has helped enact and adopt national and international legislations, treaties and conventions as well as the constitutional amendment on child labour and education. He has been instrumental in getting child labour recognised as a human rights issue, in addition to identifying it as a cause of welfare requiring charitable intervention.

Child trafficking is a serious problem and intra-state trafficking within the country has been increasing. Millions of children are trafficked within the country every year. Almost all major cities are destinations, including Delhi, Mumbai, Kolkata, Hyderabad and Ahmedabad. These are the places where a large number of children end up, becoming either child labourers or bonded labourers. Some are even forced into child prostitution or begging and other forms of human bondage. In terms of source areas, Bihar is still on the top and Jharkhand, Chhattisgarh, Madhya Pradesh, Orissa and West Bengal are also source areas.

BBA has transit rehabilitation centres – Mukti Ashram, Delhi and Bal Ashram, Rajasthan to shelter the rescued children. Here they get medical help, food, clothing, recreational facilities, sports, theatre and counselling during their stay until they are repatriated and reunited with their families. Children who do not have families find a new home at Bal Ashram. They receive basic as well as formal education in addition to vocational training which helps them earn their living when they grow up.

BBA and Satyarthi have been successful in creating an international consumer resistance to products made by bonded children. They have collaborated with the Global March Against Child Labor and its international advocacy body, the International Center on Child Labor and Education (ICCLE). He established Rugmark (Goodweave) as the first voluntary labelling, monitoring and certification system of rugs manufactured without the use of child-labour in South Asia.

BBA’s Bal Mitra Gram(BMG) programme development model has been key in the combat against child labour, ensuring protection of child rights and quality education. It addresses the source of child labour— villages, where 70% of the child labour originates from. BMG is in the process of formation of model villages which are free from exploitation of children and bonded labour. 356 BMG model villages exist today across 11 states in India, where children upto the age of 14 have access to free quality education and they participate in bal panchayats (child governance), yuva mandals (youth groups) and mahila mandals (women groups).

In an effort to create a global understanding that child labour is a deep-rooted social evil, Satyarthi organised the Global March against Child Labour in 1998 across 103 countries with participation of over 7.2 million people and 20,000 civil society organizations. For his exemplary contributions, among other international honours, he has been awarded the 2008: Alfonso Comin International Award (Spain), 2007:

Medal of the Italian Senate, 2006: Freedom Award (US) and recognized in the list of “Heroes Acting to End Modern Day Slavery” by the US State Department in 2007.