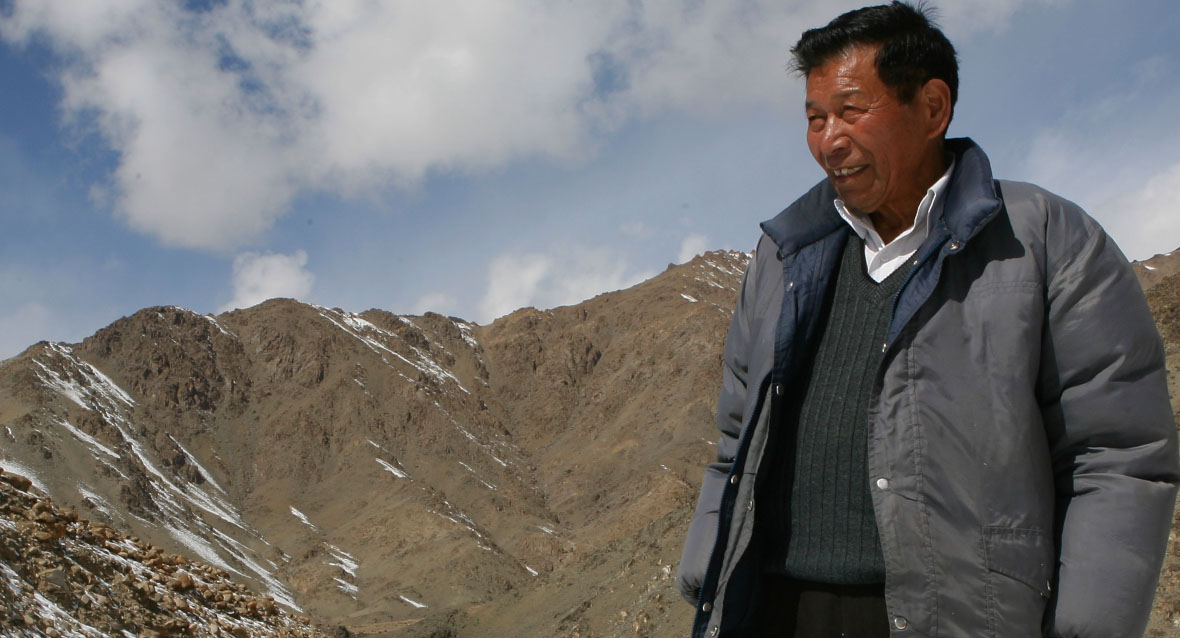 In the face of obstacles, Nature always finds a way. Sometimes, it also presents such insurmountable obstacles to mankind. To work around such impediments of nature, one needs a spectacular idea, an idea so original that the transformation it effects can change and benefit communities around the world. Chewang Norphel’s transforming idea — artificial glaciers. Not only astonishingly ingenious, Ladakh’s artificial glaciers have by now become an extraordinary example of how Nature assists human efforts to promote sustainable living. Nicknamed the Ice Man, Norphel has so far built more than a dozen artificial glaciers, of which the largest one at Phuktsey Village, Ladakh, supplies water to a village of 700 people in the lean, dry season.

Having worked in Ladakh for the Rural Development Department of Jammu and Kashmir for 35 years, Norphel hit upon his pivotal idea of artificial glaciers when he joined the Leh Nutrition Project, an NGO, as Project Manager for watershed development in 1995.

Ladakh’s inhospitable terrain is home to extreme climatic conditions. It is impossibly arid in spite of the abundance of glaciers that constitute a humongous volume of frozen water. The glacier melts ideally should reach the plains at the beginning of spring in April in order to kick start the cultivation and thus optimise the output of agriculture by deriving a full gestation period.

But, by the time the glaciers actually melt high up in the peaks, it is June and the crop planting is rendered two months late. Such a short period of gestation results in a bad crop or even a crop failure. Also, lack of organized water harvesting affects the ground water table and natural springs since the period to recharge the groundwater is so less and there is not enough water for recharge due to runoff.

Norphel, challenged by this conundrum, hit upon his path-breaking idea one day as he watched water drip from a tap and form a sheet of ice in the earth as its flow was slowed. He realized, if one were to slow the water-flow using check-dams and divert the glacier melts to a large reservoir near the village, and let it get filled up during the spring and summer, it would form an artificial glacier during winter. And as spring arrived again in April, the artificial glacier would melt immediately and help initiate the planting of crops much earlier than usual.

Implementing this idea with the active participation of the local community, Norphel built artificial glaciers in many parts of Ladakh, thus solving a perennial problem and changing lives remarkably and helping revive the local economy with thriving crop yields. And today, experts from all over the world are flocking to Norphel to understand his simple yet ingenious technology and implement it in similar ecosystems.

Numerous accolades have poured in for Norphel from India and around the world, yet he remains humble and gentle in his purpose and life’s mission. Most of all, his idea for sustainable management of an existing conundrum encapsulates an astute approach to living in harmony with nature to energise our immediate eco-systems and reducing the effects of global warming that has depleted the glaciers of Ladakh.