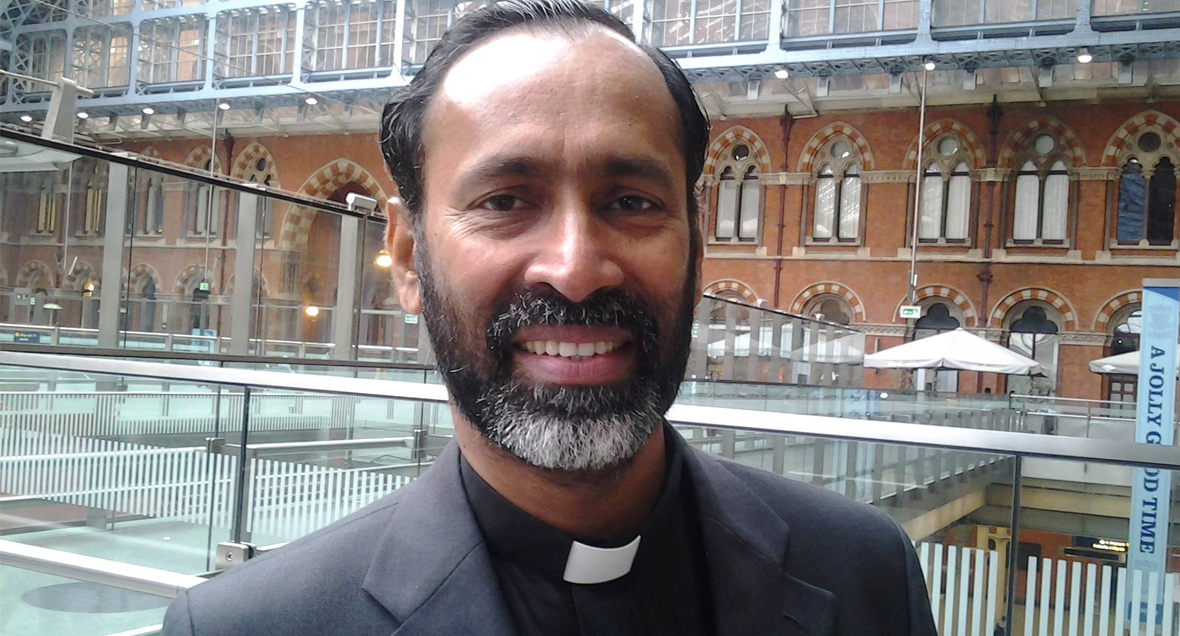 Known famously as the ‘Kidney Priest’, Father Davis Chiramel has been singularly responsible for half a million people in India pledging their kidneys for donation post-mortem. And, moving a step ahead of his priestly duties to the laity, he has walked the talk by setting an example for universal brotherhood and compassion—by donating his kidney to a man of the Hindu faith.

In 2009, Gopinathan Chakkamadathil, an electrician from Vadanapilly in Thrissur, Kerala suffered renal failure and his future looked bleak. A kidney transplant in India involves exorbitant costs and for Gopinathan, with his measly income, a transplant looked next to impossible. Since organ donation is not yet the norm in India, kidney transplants have fast become a commercial activity and, with involvement of touts and criminals, the poor often become victims of scams. Gopinathan’s friends took up a fund collection locally to buy a kidney from a stranger. They also requested Fr Chiramel, the 52-year-old pastor of the local St. Francis Xavier Church, to head the drive. Fr Chiramel, on hearing that no kidney was available despite the sum collected, immediately decided to donate his kidney. For Fr Chiramel, this was a natural thing to do—a spiritual opportunity and an act of grace to live the message of Christ.

On 30 September 2009, the transplantation was done at the Lakeshore Hospital in Kochi. Today, Gopinathan leads a healthy life, thanks to the timely donation by Fr Chiramel. Having understood first-hand the lack of awareness about organ donations and the criminal rackets that feed off the sick and unfortunate, Fr Chiramel launched the Kidney Federation of India (KFI) the same day of the transplant procedure at the Lakeshore Hospital. Kidney Federation of India (KFI) is a trust to promote kidney donation and raise funds to help patients who cannot afford dialysis or transplants. Fr Chiramel has motivated many a public luminary to contribute to the cause of organ donation in India. KJ Yesudas, noted playback singer is now an Ambassador of the KFI while Kochouseph Chittilappilly, owner and founder of V-Guard Industries Ltd was the first donor to KFI, when he donated his kidney to truck driver Joy John. This set off a chain reaction in the society with contributions pouring in plenty for transplants and people pledging cadaver donation in thousands.

Fr Chiramel has encouraged the families of transplant beneficiaries to carry on the act of goodwill by donating their kidneys to other needy patients. KFI has pioneered the ‘kidney chain’—a recipient’s relative donates a kidney to an unrelated recipient and, in turn, his family member/relative donates a kidney to another unrelated patient and so on and so forth. Such an act gains credence today because transplants are normally done and emphasized upon, by law, between relatives for ensuring a non-commercial angle. Organ sale is banned in India and donations are looked upon with suspicion when two unrelated parties are involved. But what gains prominence in this KFI ‘kidney chain’ is that donations have taken place across religions, an angle that at once reaffirms the commonality of humanity and its unifying nature of compassion and benevolence.

Barely four months after the transplant at Lakeshore Hospital, Fr Chiramel undertook a 22-day campaign across the length of Kerala — briefing communities, patients and hospitals about the need for kidney donations. While people were skeptical of donating and living thereafter on only one kidney, Fr Chiramel demonstrated he was the best living example of how donations could be done without affecting one’s health. On April 3, 2014, he skydived from a height of 15,000 feet in Lancaster, UK to raise vital funds for Kidneys for Life, a fundraising arm of Manchester Institute of Nephrology and Transplantation (MINT).

Fr Chiramel has won many accolades and awards for his yeoman humanitarian services. He is also an honorary member of the National Kidney Foundation, USA. He also started Accident Care and Transport Service(ACTS) in the year 2000, providing free emergency assistance to accident victims in Thrissur. The KFI also runs a dialysis facility with ten machines in Thrissur and offers dialysis for Rs 300 per session.

His latest mission is to wipe out misconceptions about cadaver donations—the donation of one’s organs post-mortem, an act that can contribute organs and tissues from a body to benefit as many as 35 recipients. From September 2014, he has embarked on the mission ‘Ma Nishada’ to campaign for a ‘no violence, no rape, no alcohol, no suicide’ society. Fr Chiramel’s campaign will contribute its mite to communal harmony, ensure dignity for women and root out the malaise of addiction amongst the public.