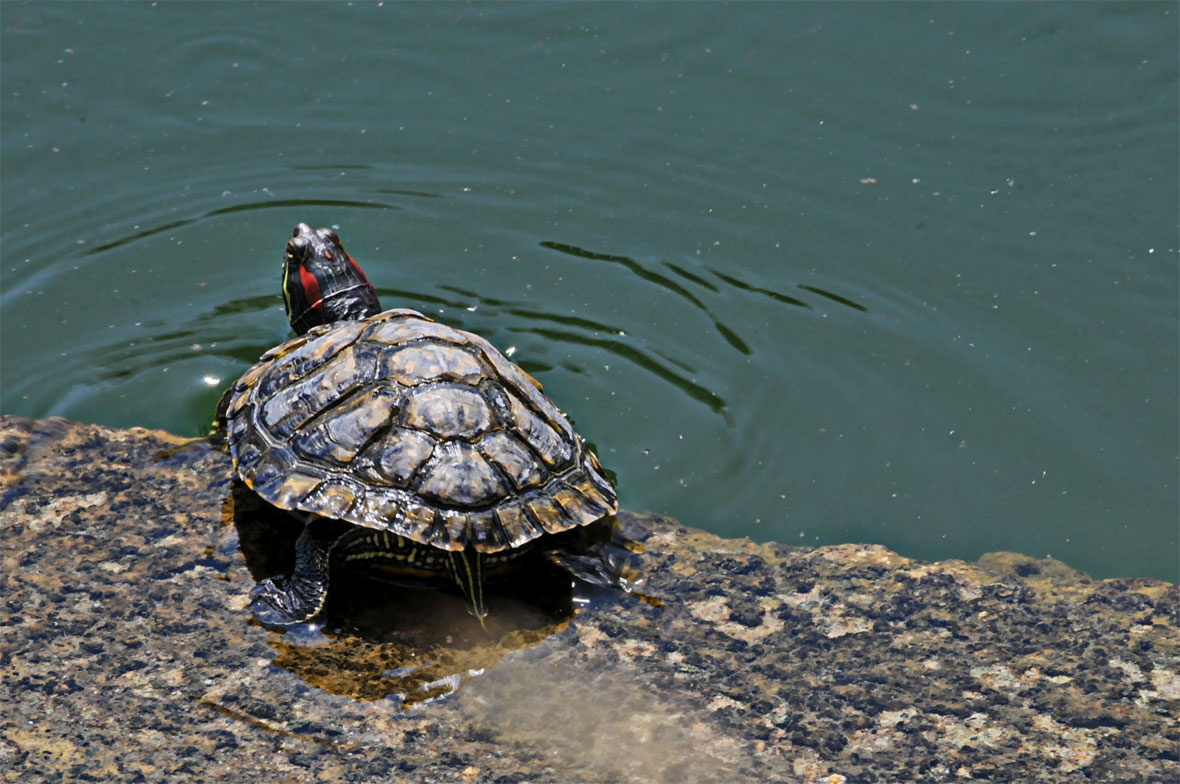 Tara Anand is a Life Coach, Counselor & Ashtanga Yoga Teacher based in Gurugram, India. A seeker for most of her life, she finally found her Guru when she met Sri M who initiated her into Kriya Yoga. A published poet and writer, her work has been featured in the Speaking Tree, TOI and on various international forums. Visit her website, www.dhyana-life.com, for more details.

A few years ago, my husband and I were in the heart of a jungle in a lovely wilderness retreat, having a meal in their open-air restaurant when all of a sudden I saw a man pass by holding a giant turtle tightly between his hands. The poor thing was flapping about with its delicate looking limbs shaking to and fro! And the man seemed a tad uncomfortable when he saw us looking at him. He walked off in the direction of the kitchen.

To say I was appalled and furious would be putting it mildly. I was certain this fellow was upto no good and was in all probability going to cook the turtle for his dinner. He was a North-Easterner after all – from Manipur to be precise (in case you are wondering how I knew this precise state of origin – I knew this as he worked at the Spa there and I had met him when I visited the spa the previous day). Anyhow, be that as it may, my husband and I exchanged our concerns and after considering chasing the guy and demanding that he release the turtle, decided against doing so.

The Confrontation: Where is the Turtle?

Later that evening, as we were strolling about I saw the same chap – empty- handed this time. So I decided to confront him – I quite casually mentioned that we had seen him with a turtle earlier and were wondering what he did with it.

Well, he looked quite startled and taken aback by my question. This is what he had to say – he said that he had been fishing in the local pond with a few guests when his fishing line caught onto a turtle. He reeled-in the line but could not remove the hook from the turtle’s shell. He was on the look-out for someone to help him remove the hook when we had spotted him. And after removing the hook – he had duly restored the turtle to the pond! I even made him point out which pond this was for my satisfaction.

The Insight: My Coloured View

Well, well, well- hmmmm. This was quite something and I was disturbed at how I had wrongly judged the intentions of the man. I reflected on the reasons and this is what I realised – I had jumped to the erroneous conclusion due to the fact that he was from the North-East! Yes, quite unconsciously my pre-conditioning and knowledge of the fact that many people from that region eat all kinds of living beings, my mind just put two and two together and made it twenty-two! And this is when I have been on the path of mindfulness and self-awareness for over a decade now. As a counselor, I have spent a lot of time working on myself to remove biases and judgments so that I don’t judge people based on stereotyped impressions imprinted on my brain when they come to me. Yet, there is always more work to do, isn’t there. And this incident served as a pointer that I needed to remove all this garbage in my head about North-Easterners. I was grateful for the insight …

What possible stereotypes do you have that could be colouring your way of looking at things, people or situations? I invite you to spend some time to reflect on this and do share your thoughts and comments.

Leave a Reply to Tara

Leave a Reply to Tara